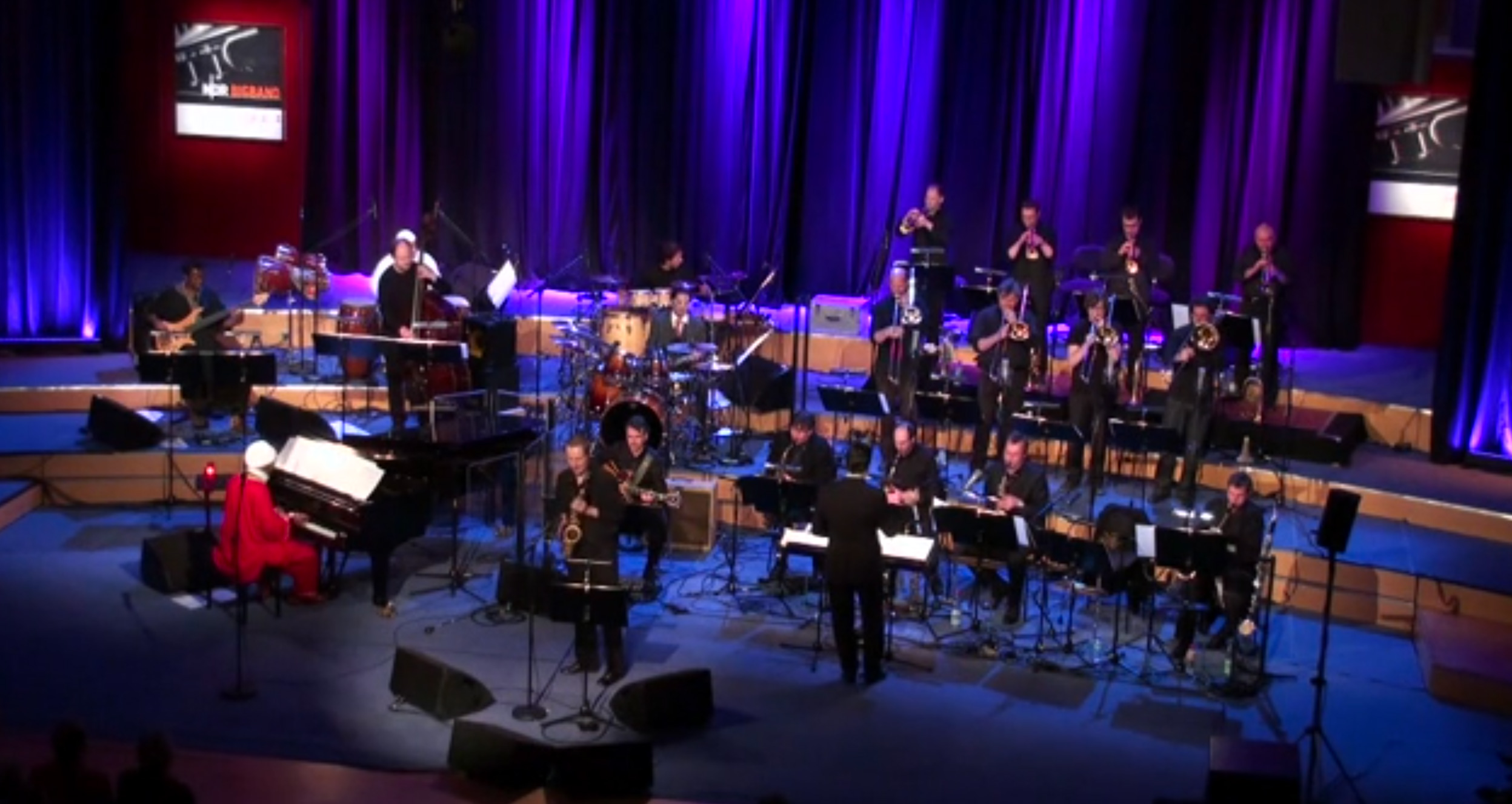 Cuban composer and pianist Omar Sosa returns to the San Francisco Bay Area in February. The main focus of his...

Cuban composer and pianist Omar Sosa releases his new large-ensemble recording, “Prietos” (OTA1008), in the United States on May... 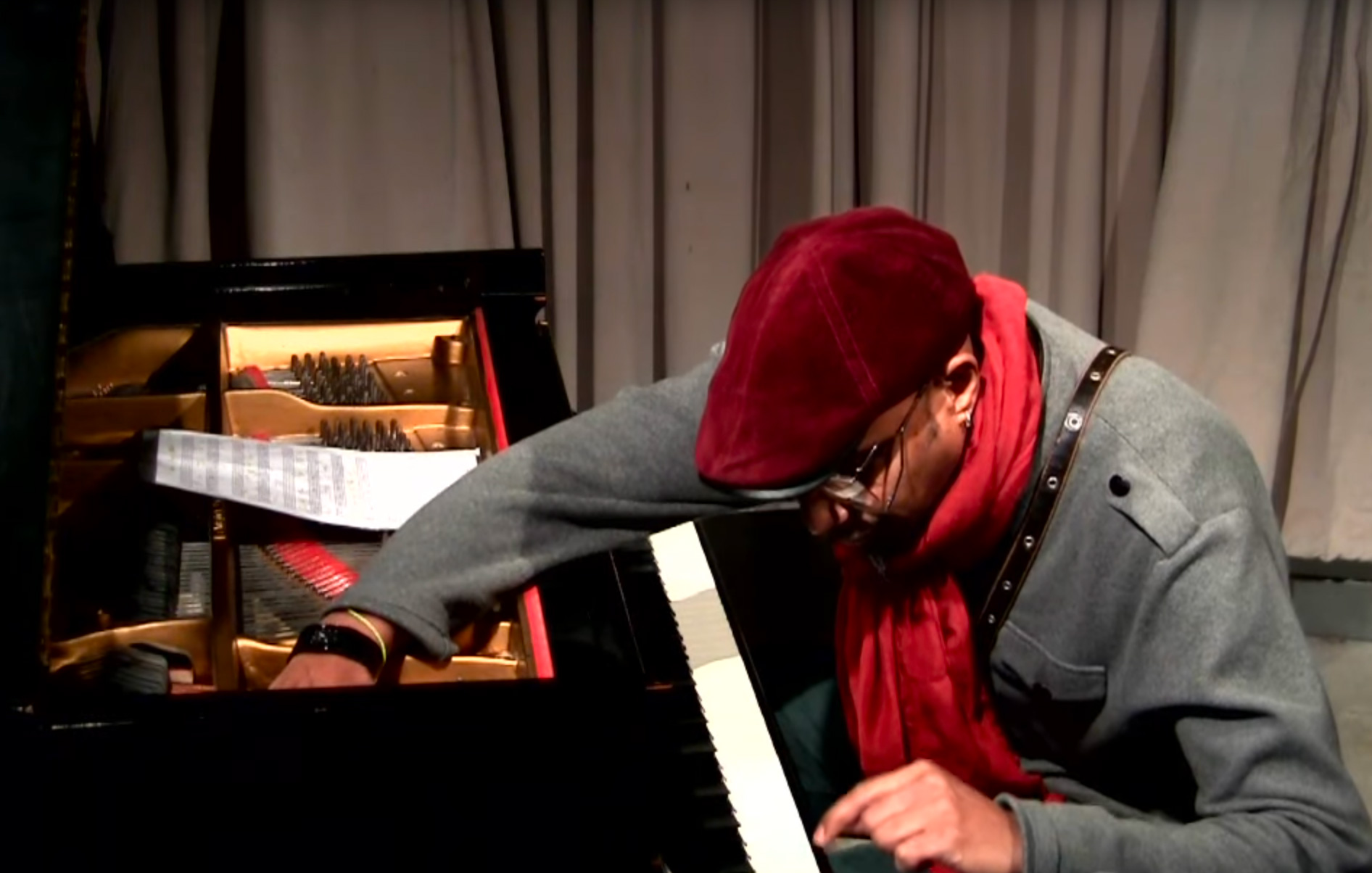 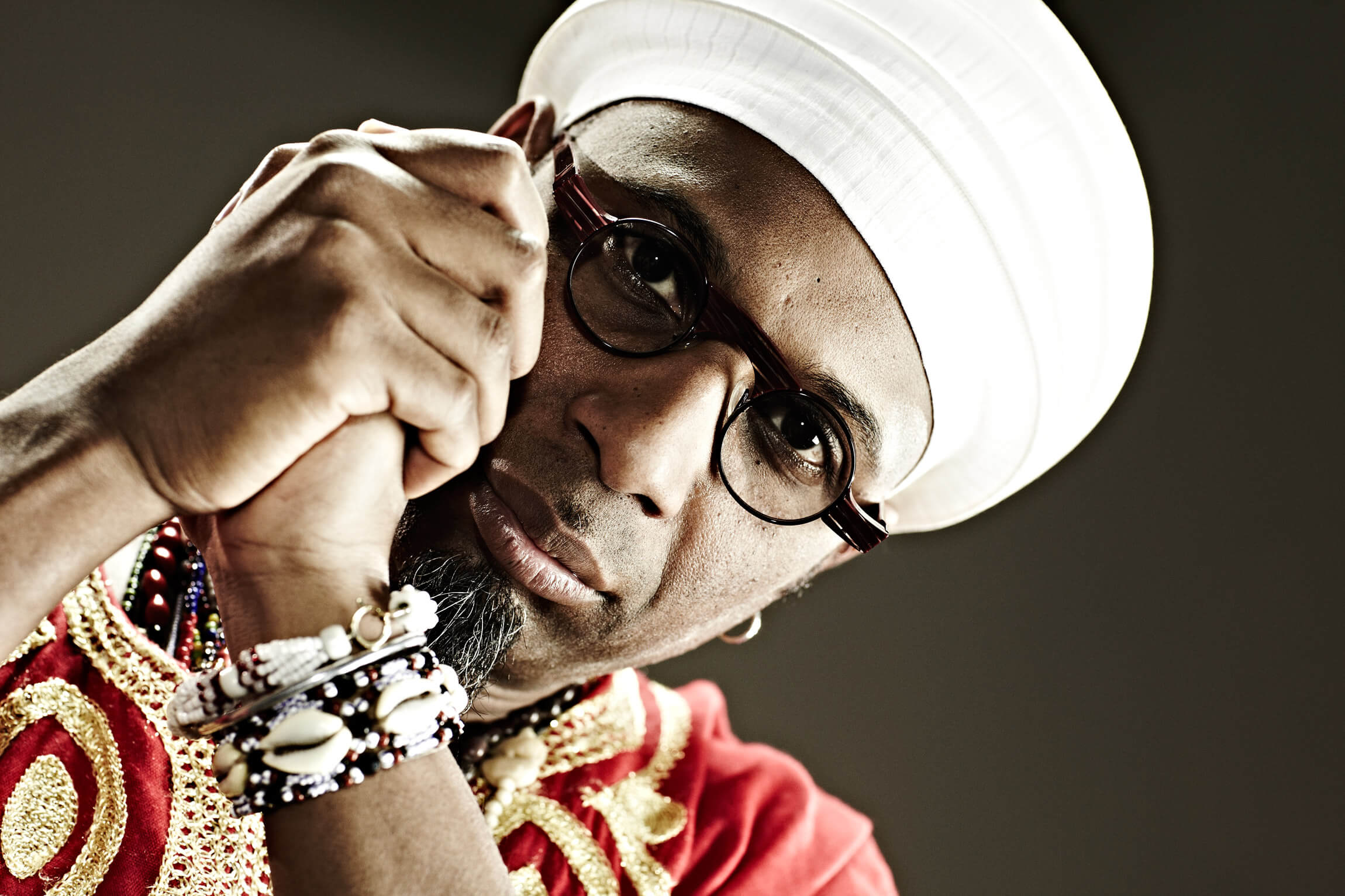 During a break in his summer Septet touring schedule, Cuban composer and pianist Omar Sosa will offer a special... 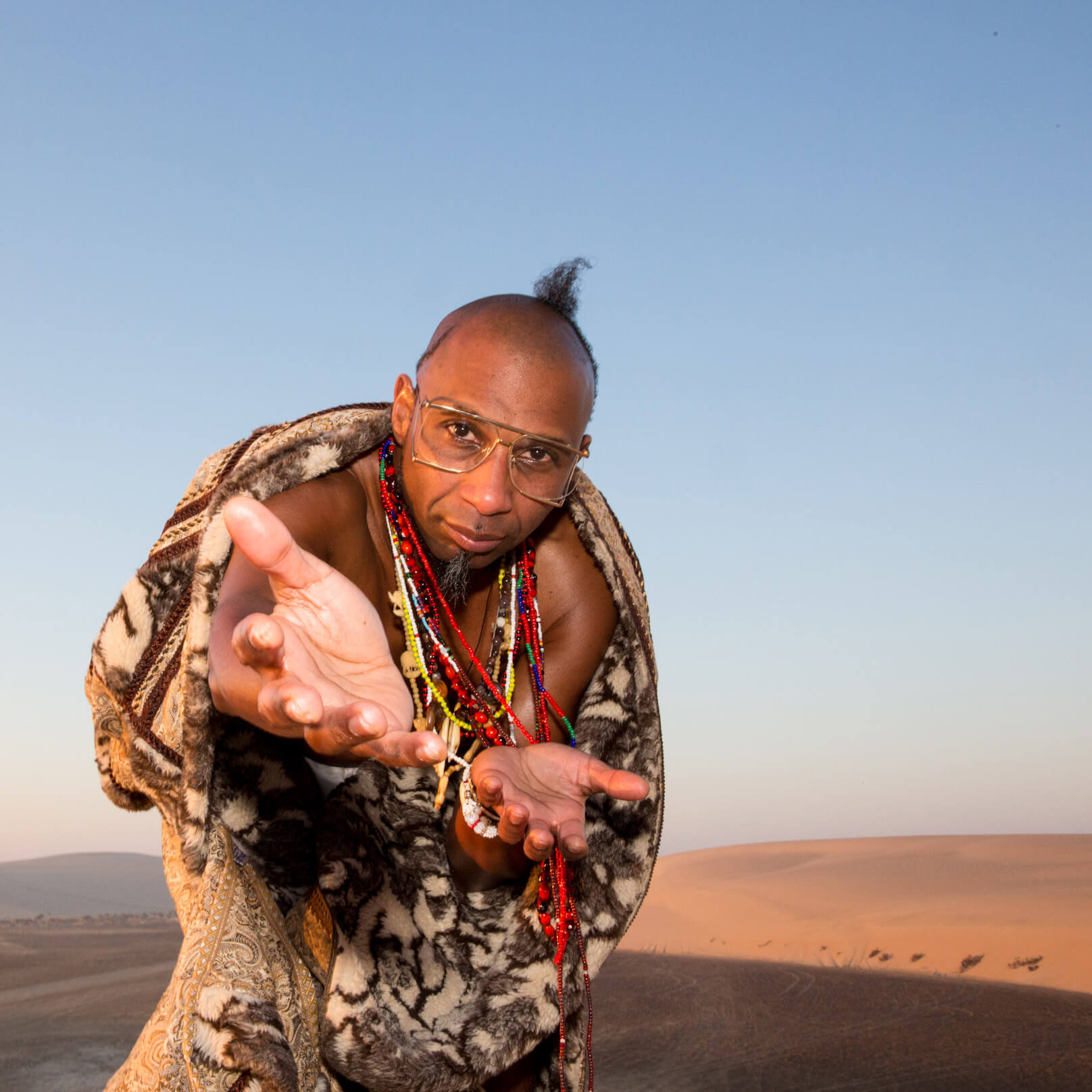 The Omar Sosa Octet will perform at Festival International de la Ville in Creteil, France (near Paris) on Friday,... 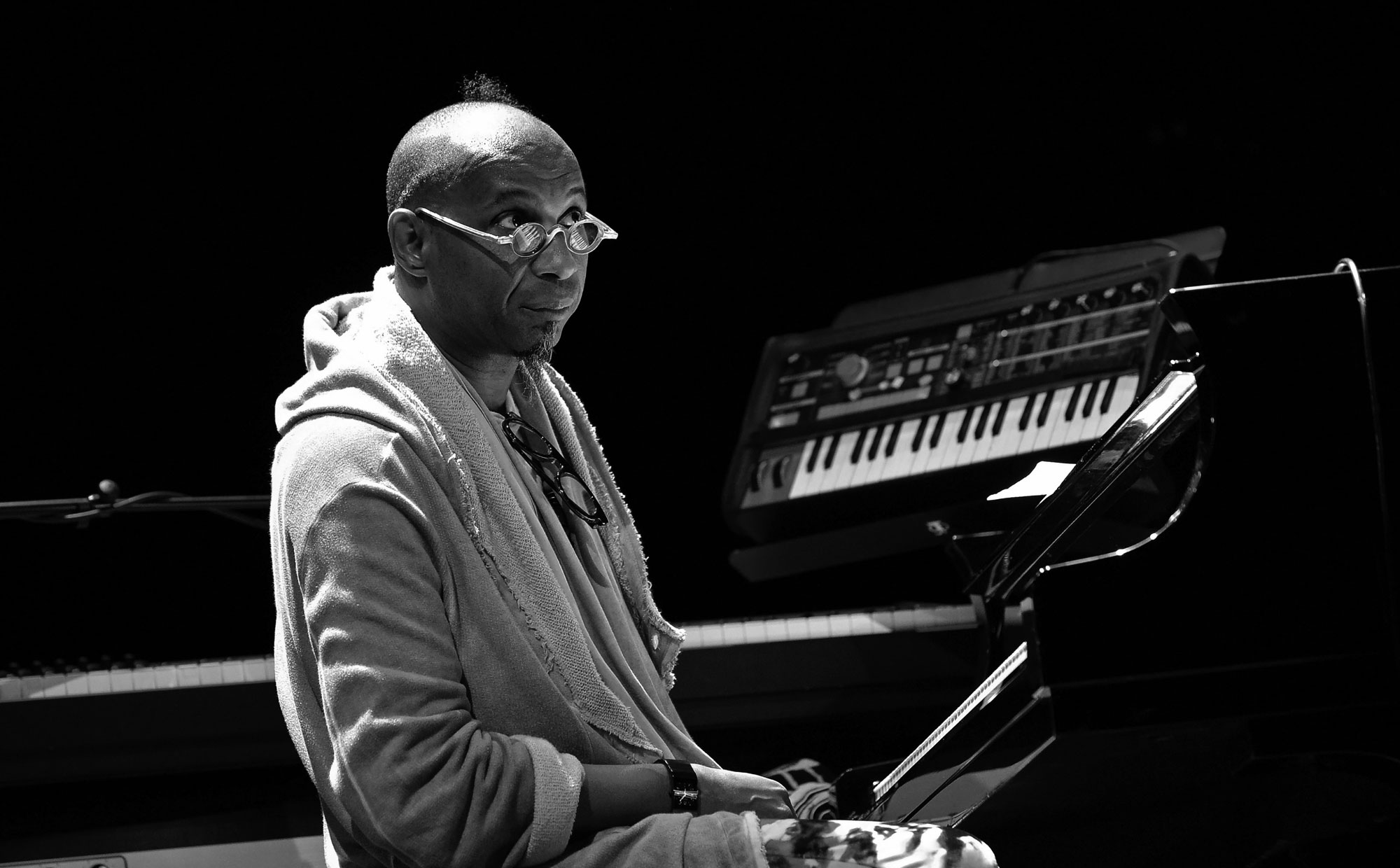 Beginning Friday, September 28, an interview with Cuban composer and pianist Omar Sosa will be featured on Latino USA, a... 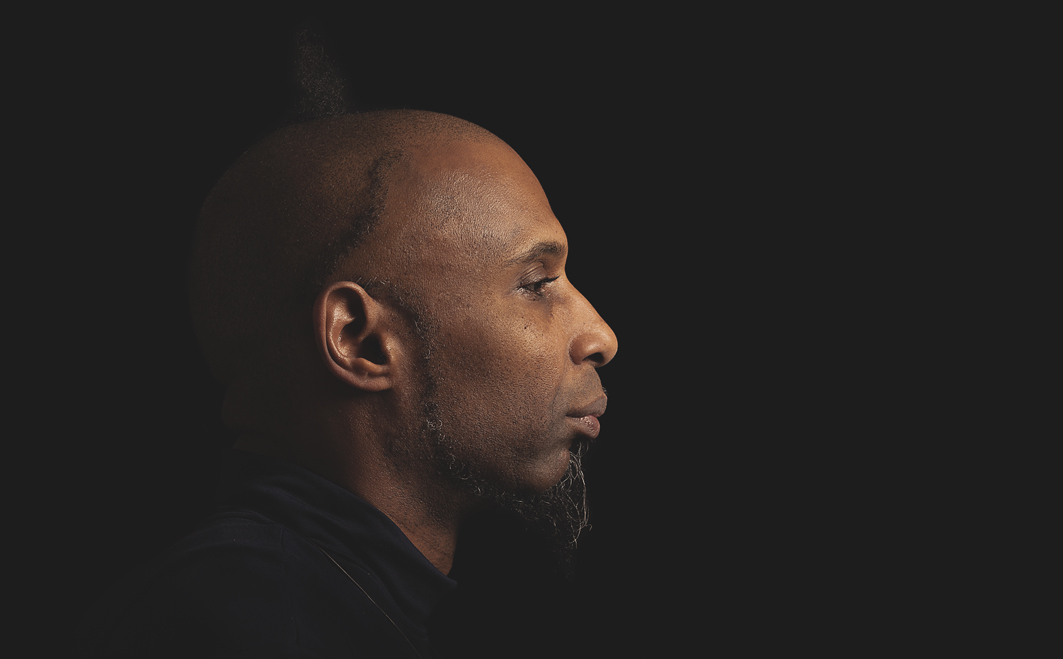 Omar Sosa will perform this month in France as a Duo with Venezuelan percussionist Gustavo Ovalles: January 19 MJC, Romans/Isere January 24... 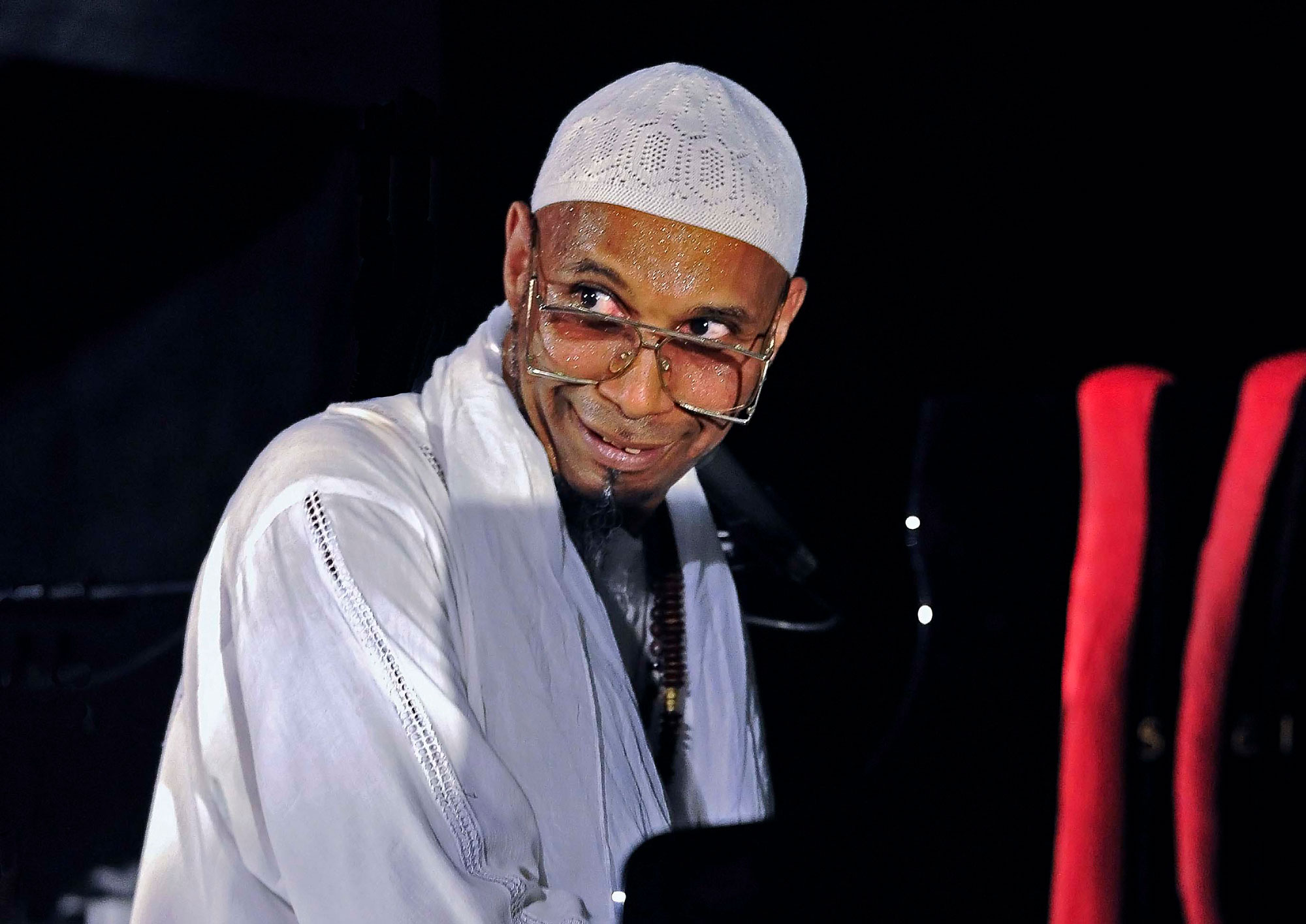 For those interested in a sneak preview of Omar Sosa’s next recording, “Sentir”, set for release on March 12th,...

Omar Sosa received an orchestral commission from Yerba Buena Center for the Arts in San Francisco and the Oakland Easy Bay Symphony, supported by grants from the Rockefeller Foundation and the MAP Fund (Multi-Arts Production Fund). During 2001-2002, Mr. Sosa composed a 45-minute work in three movements for symphony orchestra entitled, From Our Mother, which received its world premiere in January 2003 by the Oakland East Bay Symphony under the direction of Michael Morgan. In 2009, Mr. Sosa received an orchestral commission from the city of Girona, Spain and the Festival de Músicas Religiosas y del Mundo de Girona. The 20-minute work for symphony orchestra, entitled Oda Africana, received its world premiere in July 2009 by the Jove Orquesta Athenea, conducted by Lluis Caballeria. Also in 2009, Mr. Sosa received a commission from the Barcelona Jazz Festival to present a tribute to Miles Davis’ Kind Of Blue recording, featuring Afro-Cuban interpretations of the seminal Davis work on the occasion of its 50th anniversary. The project was performed at L’Auditori in Barcelona in November 2009.

In 2008, Omar Sosa received funding from the National Endowment for the Arts in conjunction with Yerba Buena Gardens (San Francisco) and the San Francisco International Arts Festival to present a new Omar Sosa Quintet featuring American roots vocalist Tim Eriksen. This collaboration resulted in the 2009 CD release on Half Note Records, Across The Divide, recorded live at the Blue Note Jazz Club in NYC. The project received a GRAMMY nomination for Best Contemporary World Music Album, and a Latin GRAMMY nomination for Best Instrumental Album, both in 2009.

For May 2011, Mr. Sosa has received further funding from the National Endowment for the Arts in conjunction with the Jazz School in Berkeley, California and the San Francisco International Arts Festival, to present a series of workshops with noted Latin jazz percussionist, educator and historian, John Santos, as well as a Festival performance in San Francisco with his primary touring ensemble, Afreecanos Quartet.

Another recent work is Tales From The Earth (Otá Records, 2009), led by flute player Mark Weinstein. The recording presents a thoroughly cosmopolitan outlook rooted in the rhythmic intensity and improvisatory, call-and-response spirit of Africa writ large. It features artists of

Cuban, Haitian, West African, European, African American, and Jewish American heritage, with a shared commitment to the communal, celebratory character that embodies the expressive riches of Mother Africa and features Omar on marimba and vibraphone, which he studied in Cuba’s conservatories before switching to piano.

A major new project bears the fruit of Omar’s first big band collaboration, working with composer Jaques Morelenbaum and Hamburg’s North German Radio (NDR) Bigband. Recorded in 2007 and 2008 at the NDR studios in Hamburg, it features Jaques Morelenbaum arrangements of material from the Omar Sosa CDs Spirit Of The Roots (1999), Bembón (2000), and Afreecanos (2008). Jaques Morelenbaum has arranged for Antonio Carlos Jobim, Gal Costa, Gilberto Gil, Caetano Veloso, and Cesária Evora, among many others. Omar Sosa-NDR Bigband performances were held at the Banlieues Bleues festival in Paris and the NDR studios in March 2010; and will be presented again by the Barcelona Jazz Festival in November 2010 at that city’s famous Palau Música Catalana, with Jaques Morelenbaum conducting.

For film and television, Omar Sosa collaborated in 2008 on the soundtrack for the PBS documentary, The Judge and the General; and completed the soundtrack for the 2010 film The Last Flight of the Flamingo, produced by Fado Filmes in Lisbon, Portugal, and based on Mia Couto’s famous novel about Mozambique. Mr. Sosa also contributed a musical excerpt to the 2006 Andy Garcia film, The Lost City.

In January 2012, Omar collaborated with celebrated Italian trumpet and flugelhorn player, Paolo Fresu, on the release of Alma. The CD features guest cello contributions on four tracks by the masterful Brazilian conductor, arranger, producer, and cellist, Jaques Morelenbaum. Produced by Paolo Fresu and Omar Sosa for Mr. Fresu’s label imprint, Tuk Music, the compositions are written by Omar Sosa and Paolo Fresu, except for Under African Skies, a gentle version of the popular track from the Paul Simon CD, Graceland.

Omar Sosa’s next studio album, “Eggun: The Afri-Lectric Experience”, is set for release worldwide in February 2013. Eggun, in the West African spiritual practice of Ifa and its various expressions throughout the African Diaspora, are the spirits of those who have gone before us, both in our personal families and those who serve as our spiritual guides.

The Omar Sosa Afri-Lectric Experience began as a commission from the Barcelona Jazz Festival in 2009. The assignment: to compose and produce a tribute performance to Miles Davis’ classic Kind Of Blue recording on the occasion of its 50th anniversary. Inspired by various musical elements and motifs from Kind Of Blue, Omar wrote a suite of music honoring the spirit of freedom in Davis’ seminal work. Featuring trumpet and two saxophones, Eggun provides a medium for musical elements from Africa to shape and develop the music, and the resulting jazz textures are further enriched by the subtle and expressive use of electronic elements. At the heart of the recording is the spirit of Mother Africa.

Following the success of the Kind Of Blue commission, Omar began to include the new arrangements into the repertoire of his regular touring ensemble, resulting in the creation of the The Afri-Lectric Experience. The featured horn players are Joo Kraus on trumpet (from Germany), Leandro Saint-Hill on saxophones and flute (from Cuba), and Peter Apfelbaum on saxophones and percussion (from U.S.A.). Omar’s longtime rhythm section of Marque Gilmore on drums (from U.S.A.) and Childo Tomas on electric bass (from Mozambique) create the foundation.

In January 2014, Omar released his 5th solo piano recording, Senses. It was created at EMPAC, the Experimental Media and Performing Arts Center at Rensselaer Polytechnic Institute in Troy, New York. Omar was invited to an artist residency at EMPAC in 2012 by Zimbabwean dancer / choreographer Nora Chipaumire to compose music for Nora’s dance-theater piece, Miriam. The sound score for Miriam received a BESSIE Nomination for a New York Dance and Performance Award for Outstanding Musical Composition / Sound Design.

In March 2015, Omar released a CD with his Quarteto AfroCubano, entitled Ilé. This recording marked a homecoming for Omar to his formative years in late ‘80s and early ‘90s Havana. Ilé means home, or earth, in the Lucumí tradition to his of Cuba, derived from the Yoruba language of West Africa, and it is to the Latin Jazz roots of his native Cuba that Omar returns for inspiration on this new CD.

Joining him on the project are three musicians with whom Omar shares a close connection: fellow Camagüeyanos, Ernesto Simpson on drums, and Leandro Saint-Hill on alto saxophone, flute and clarinet, and Mozambican electric electic bassist Childo Tomas – collectively known as Quarteto AfroCubano. These musicians speak the same musical language, using their Cuban and African traditions as a springboard for creative freedom.

Omar’s second CD with the NDR Bigband, “Es:sensual”, was released in the U.S. and Japan, et al, in January 2018, with arrangements again by noted Brazilian master, Jaques Morelenbaum, and featuring a number of Omar’s signature compositions, “Cha Cha du Nord”, and “My Three Notes”.

In October 2018, Omar and violinist-vocalist Yilian Cañizares released Aguas, a very beautiful and personal album.  Featuring their compatriot, percussionist Inor Sotolongo, Aguas reflects the perspectives of two generations of Cuban artists living outside their homeland, interpreting their roots and traditions in subtle and unique ways.  Songs range from the poignant to the exuberant, and are expressive of the exceptional musical chemistry, poetic sensibilities, and originality of the artists.

The material on Aguas is an inventive and engaging mix of the artists’ Afro-Cuban roots, Western classical music, and jazz. The album is dedicated to Water, and especially to Oshun, the Goddess of Love and Mistress of Rivers in the Lucumí tradition of Yoruba ancestry known in Cuba as Santería – a spiritual practice important to both artists. As water is synonymous with life, and energy, and strength, and space, the music of the album is inspired by the important influences of water – its hidden powers, its infinite transmutations, and its relentless creation. There is a sense, as well, for Omar and Yilian, of how water represents both separation from, and nostalgia for, the land of their birth.

Omar and Yilian will be doing a CD release tour in the Fall of 2018, in Trio with folkloric Venezuelan percussionist Gustavo Ovalles. Highlights include a London Jazz Festival show at the Barbican, an NDR 60th Anniversary concert at Elbphilharmonie in Hamburg, and two nights at Bal Blomet in Paris.